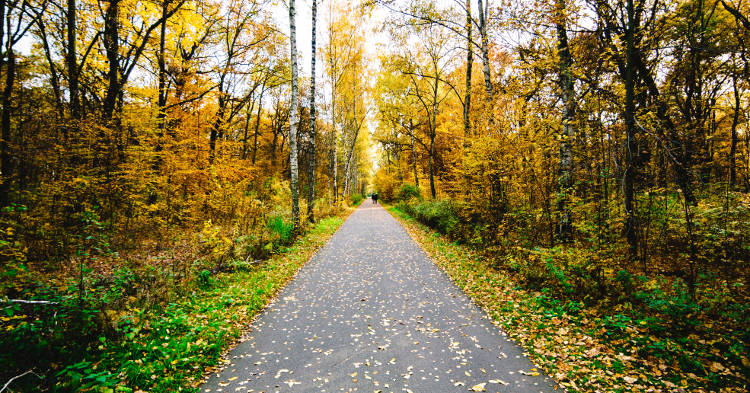 In Elixir and Erlang, a process is where we keep our state.

There are a number of different interfaces to do this, but underneath it all, they are all doing the same thing.

Why is this a recommended pattern?

I setup a simple Github project that makes it easy to play with these approaches.

When we call start, it spawns a new process. That process sets up it’s initial state and calls main_loop. There is nothing special about this function name. I just picked something. The process then calls receive. This blocks the process until it receives a message. This example only responds to a message of {:add, number}. When that message is received, it modifies the state and uses “tail recursion” to call itself again with the new state.

Experiment by sending messages and seeing the log output in the console. The Logger config was customized to output the pid as part of the metadata. This makes it easier to see which process is running which commands.

If you open Observer and inspect the process (in this example it would be 0.116.0) the “State” tab will show you “Information could not be retrieved, system messages may not be handled by this process.” This basic spawn works as intended, but it doesn’t support being inspected and handling system-level messages. That’s one reason it’s better to use a GenServer.

The GenServer approach is preferred. It makes it easier to supervise the process and it has built-in support for handling system messages.

Here’s an example of how to interact with it in IEx.

Note the pid responsible for running each line? All the same things are happening here that are happening in the spawn example. The GenServer approach makes it less explicit and adds support for handling other system messages.

Running Observer, I found the pid (0.117.0 in my case) in the “Processes” tab. Inspecting that process, the “State” tab looks like this. 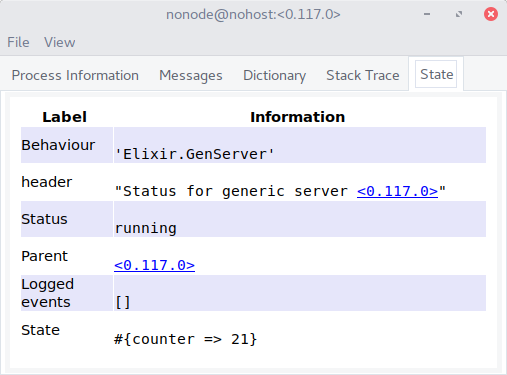 The last line shows the “state” structure in the GenServer process.

Using the GenServer or Agent approach for storing runtime state in your Elixir application is the standard, recommended way. They have built-in support for being supervised. There is built-in support for handling system-level events. Observer understands them and can work with them natively. Most importantly perhaps, the functions can be “pure” and predictable. Given the same input, the same output is returned.

This is the “clean” version of managing state in a process.