In the Erlang VM, there is an awesome resource called “observer”. However, if you installed Elixir in Linux using the default approach, as I did, you probably got the erlang-nox package installed as a dependency. The “nox” version is the “headless version”. This lacks the wxWidgets libraries needed for creating the GUI.

When attempting to start the observer this error results.

Installing the full Erlang package, replaces the “nox” version. Running Arch Linux, the following brings in all the dependencies needed to fix it.

Once the full and proper Erlang is installed, the observer works! 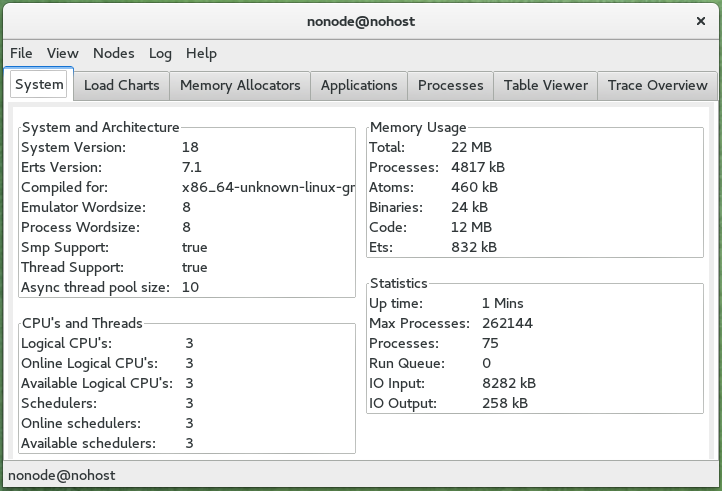 Mix Umbrella Projects
When do I use a GenServer?